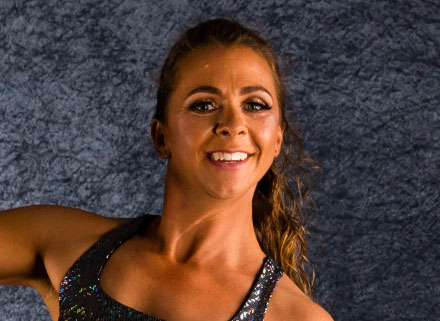 Sam Smith’s first taste of pole dancing was during her hen do in 2008, where a Pole Dancing class was arranged as a surprise. After trying it on her hen do, Sam was hooked and started attending classes. From taking part in classes, Sam’s passion for Pole Dancing made her progression from student to instructor a natural evolution.

In 2010, Sam became an instructor for what was Pole Essence, and began teaching Pole Dancing classes. When the opportunity arose Sam bought Pole Essence and really began developing herself, with certifications from Spin City, X-Pole as well as becoming a PDC 3 star instructor. Sam has also gained certifications in Aerial Hoop, Pole Fabrics and Stretch & Flex. Sam also featured in the testimonials contributed to Flying Through Pregnancy by Kate Edwards.

Sam is currently owner of Studio Essence, based in Highbridge, Somerset where she has manages a small team of instructors as well as teaches classes on a regular basis. Sam joined the Spin City Instructor training team as a Tutor and Assessor in 2019.